What’re we going to do about water?

We’ve all been dismayed, watching our southern neighbor deal with the consequences of disappearing groundwater. It’s hard to believe the horrific impacts as the water tables drop in California—lower, lower, and lower. As the Central Valley sinks, we’ve heard rumors about homes, business and even small towns being abandoned for lack of water. We’ve heard that some are rushing to use as much as possible before it’s gone, seeking short-term profit in the face of the inevitable loss of income. “Fortunately,” we think to ourselves, “it won’t happen in Oregon.”

Well, think again, because it could. Draining Oregon, a recent article in the Oregonian, lays out clearly how little we really know about the water beneath our feet. Oregon has completed studies of underground water in only three of our eighteen groundwater basins. Yet permits to pump are regularly issued, issued, and issued. A few people have even drilled wells and pumped water before getting around to asking for a permit. All the while, the few monitoring wells in place show the water tables are dropping, dropping, and dropping.

We can start by fully funding a comprehensive review of this precious resource. Remember the old saying, “You can’t manage what you can’t measure”? Well, that’s certainly true—we need to know more about our resources, including the sources of water that recharge our aquifers. Completing these studies will take time. We need to get started now by using the 2017 legislative session to make sure funding is in place.

In the meantime, Oregon should put an immediate freeze on new well water pumping permits across the state until studies are finished and their data fully analyzed. Continuing to issue permits in light of our current lack of knowledge is not just foolish, it’s irresponsible.

As we see increasing evidence of the impacts of climate change across every community and industry in our state, we need to start protecting our resources and planning for the future. We shouldn’t get bogged down looking back, debating the right or wrong of past decisions. Instead, let’s build a future in which all Oregonians commit to wise use of water, mutual respect, and concern for those who inherit what we are creating.

We ask you to take a moment to contact your legislator to show continued support for the Clean Energy Jobs bill.
mcadmin 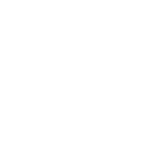 Going Coal-Free for a Cooler Oregon

Oregon Environmental Council played a leading role in passing historic legislation in 2016 to transition our state off of coal-fired power and increase our renewable portfolio standard. Through the passage of the Clean Electricity and Coal Transition bill, Oregon became the first state EVER to take legislative action to go coal-free and, once fully implemented, will have one of the cleanest electricity mixes in the WORLD. But how exactly does
devond

2 Replies to "What're we going to do about water?"