REPORT: Oregon Faces Climate Threats; We Are Committed to Solutions

Off the top, it clearly states the problem: “burning fossil fuels to run our factories, heat our homes and drive our cars produces heat-trapping gasses that unequivocally warm the planet.” The report presents compelling evidence as to how our state is already experiencing the effects of climate change, and the various threats that lie ahead.

We need to do more than simply mitigate climate impacts; it’s also time to adapt: The report details the need to reduce or even eliminate greenhouse gas emissions, and adapt to new environmental conditions at governmental and societal levels, as well as through personal actions (Bierbaum et al., 2014).

Oregon winters will become warmer and wetter, while our summers will continue to get drier: Annual precipitation will increase on average by 1.9% by the 2050s, and 3.4% by the 2080s under the low emissions pathway (RCP 4.5). Under the high emissions pathway, increases are a bit larger for each time period: 2.7%, and 6.3%, respectively. Oregon’s already dry summers are projected to become drier while winter, spring, and fall are projected to become wetter, albeit some models project increases and others project decreases in each season (table 2.3). Extreme precipitation events are also expected to become slightly more frequent or intense in our region.

Remember our warm winter in 2015? The west coast ocean blob? The summer drought that followed? That’s a glimpse into our future: In 2015, Oregon was the warmest it has ever been since record keeping began in 1895 (NOAA, 2017). Precipitation during the winter of that year was near normal, but winter temperatures that were 5–6°F above average caused the precipitation that did fall to fall as rain instead of snow, reducing mountain snowpack accumulation (Mote et al., 2016). This resulted in record low snowpack across the state, earning official drought declarations for 25 of Oregon’s 36 counties (fig. 2.4). Oregon’s temperatures, precipitation, and snowpack in 2015 are illustrative of conditions that, according to climate model projections, may be considered “normal” by mid-century (fig. 2.5).

The report does a deep dive into how climate change will impact our precious water resources, forests, coastal areas, agriculture, and human health overall. It also highlights specific communities that will be and are being hit first and hardest by climate impacts. These impacts are projected to be particularly hard-hitting for Oregon’s Native American communities.

While the contents of the report may feel daunting, take heart; Oregon Environmental Council and our partners are at the forefront of making Oregon a climate leader. We are working with businesses, elected officials and community leaders to address climate pollution and transition Oregon to a clean energy economy.

During this strange new time of “alternative facts” when various federal agencies who regularly report on climate science have been silenced by the new administration, Oregon’s researchers press on.

In this sense, the very issuing of this report should be celebrated. We, as its readers, should no longer take such information for granted. We, as Oregonians, made it a priority to track these important facts in a state climate report — now in its third issue.

Science matters. Facts matter. Oregon Environmental Council believes in putting forward creative solutions to today’s environmental problems that are based on sound scientific analysis. This is one of our core organizational values.

Join us on this journey to make Oregon a climate leader. You can be a catalyst for action. 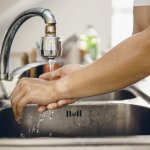 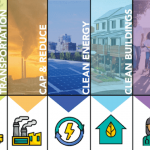 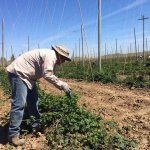 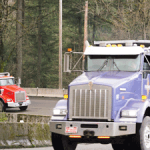 This month, Oregon’s cross-agency team of experts made it very clear: None of our current efforts to reduce diesel pollution have worked, or will work, to meet our state’s goals for protecting human and environmental health. “Diesel emissions impacts to human health and the environment are not being adequately addressed by the DEQ [Department of Environmental Quality] or through Toxics Reduction Strategy planning.” This matter-of-fact statement, and details about Orego
jenc

Some day, we will be able to trust in the chemical safety of the products we buy. Until then: we have the retailer’s report card. It shows how much progress 40 retailers have made to understand and eliminate toxic chemicals in everyday products. OEC is one of hundreds of allies in the Safer Chemicals, Healthy Families Coalition, which h
jenc 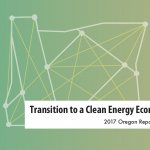 A Report Card for our Climate: Oregon Gets Graded

Wonder how Oregon is doing at meeting climate and clean energy goals? A new, visually-compelling Clean Energy Report Card grades Oregon’s progress toward a clean energy economy, and shows a suite of solutions which will create good paying jobs, make the air cleaner and promote healthy communities. The R
devond 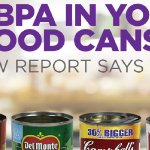 Most canned food is lined with BPA. Yes, even though the chemical has been linked to breast cancer, infertility, immune problems and more.  Even though it is showing up in people’s bodies. Even though BPA mimics estrogen, interfering with hormones. Even though exposure can have serious effects on the life-long health of infants. Even though we know the chemical can leach into food from can linings.
mcadmin 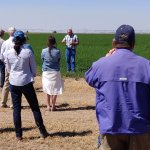 Summer is road-trip time, and recently, OEC staff Karen Lewotsky (Water Policy and Rural Partnerships Director) and Morgan Gratz-Weiser (Legislative Director) headed southeast across Oregon to Crane, with stops along the way in Tumalo and Prineville. Why Crane? The gathering in Crane was organized by leading legislators and partner organizations Verde, Willamette
klew 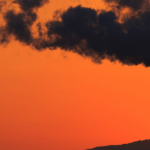 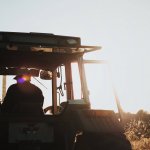 2 Replies to "REPORT: Oregon Faces Climate Threats; We Are Committed to Solutions"