Putting a Price on Climate Pollution

In order to meaningfully address global warming, Oregon needs to join the global community in doing our fair share to transition climate pollution out of our everyday activities.

While we all take personal responsibility for reducing our impact on the environment by saving energy and getting our cars checked for smog, the companies who provide our heat, power and transportation fuels have not taken on their fair share of responsibility by offering clean options, reducing their output and accounting for the true price of climate pollution.

Science has told us how much climate pollution we need to prevent to keep on a safer and more stable path for the future. In 2007, Oregon adopted goals to match those safe targets, but we have yet to enforce them or hold anyone accountable to reach them. That’s why Oregon Environmental Council is working to enact overarching climate policies that put meaningful limits on climate pollution to protect our communities, forests, oceans, and families and hold polluters accountable for their impact on our communities.

The two best ways to comprehensively reduce climate pollution are to set enforceable limits and put a price on pollution.

Setting a Cap on Pollution

Putting a limit on pollution is fairly straightforward: set an end goal for how many reductions are needed and set a schedule to get there. This type of program creates certainty around the level of pollution that is allowed, and is the traditional method for curbing pollution. California’s cap-and-invest program uses this method. The state sets annual pollution limits.

But a cap-and-invest program also provides options for how companies reach these pollution targets. Companies that can reduce emissions quickly and inexpensively can trade their “extra” pollution reductions to companies that are making changes more slowly. This creates an economic incentive for efficient and clean energy innovation – clean companies get rewarded for their upgrades while other companies have more time to transition. As long as the total amount of pollution falls, the program is working.

California’s cap-and-invest program has worked well. It is reducing greenhouse gases while providing carbon revenue that is being reinvested in low carbon development, energy efficiency, and community-lead projects. The California program currently covers utilities and industrial emissions, and transportation fuels will be phased-in in 2015, making it the most comprehensive cap-and-trade program in the United States.

The Regional Greenhouse Gas Initiative, or RGGI, is another cap-and-invest system in New England. The first such program in the United States, the RGGI is a collaboration between 10 states and covers their electricity sector. RGGI has created significant benefits for participating states, according to the Analysis Group because these states have used permit revenue to reinvest in energy efficiency and renewable energy development:

Another way to significantly reduce climate pollution is to assign it a fee or tax. Currently, climate pollution is freely dumped into the atmosphere and the damage from this pollution – from asthma to increased wildfires – is paid for by the general public in the form of disaster relief, health care costs and increased risk for businesses and the public. To correct this market failure, many economists support putting a price on climate pollution to reflect its true cost and as an efficient way to achieve results.

British Columbia established the first North American carbon tax in 2008. This program has successfully reduced climate pollution while at the same time, British Columbia’s economy has performed better than the Canadian average. In Oregon, a study by the Northwest Economic Research Center shows that a tax can be good for Oregon’s economy and environment as well.

In Oregon, climate pollution revenue reinvested into clean energy and energy efficiency projects will create local jobs, accelerate our clean economy and support local services. Some revenue should also be used to support low-income households. Revenue could also be used to offset income taxes invest in strengthening the economy across the state, increase resiliency to climate change or to support education, healthcare and public safety across the state.

Leaders from across governments and business are sending a clear message that climate change is a risk that cannot be ignored. By stepping up to account for the true cost of climate pollution – through either cap-and-invest or a price – Oregon will be joining a group of prosperous, forward-thinking states and regions that are looking to the future and solving our greatest environmental challenge.

Join the push for a real price on climate pollution. Sign the Renew Oregon pledge today.

The single most important action you can take to protect Oregon’s climate, future 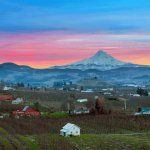 With the world as we know it seemingly crashing down around us, it’s n
noraaoeconline-org

Oregon still buzzes with excitement and appreciation of executive order Surrounded by young Oregonians, Gov. Kate Brown put in motion a comprehensive set of new climate programs through an executive order. The
tonyh

Climate action: We need your voice on the record!

Oregon lawmakers returned to Salem this week for a preview of the upcoming legislative session. One of the first orders of business, was a three-hour hearing on the Clean Energy Jobs bill. Supporters and detractors alike
morgang 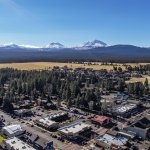 Oregon Environmental Council and 1000 Friends of Oregon have a long history of partnership, especially working together to advance compact community design with a myriad of reliable alternatives to driving. When people live close to their daily destinations and have lots
chrish

1 Reply to "Putting a Price on Climate Pollution"

As Oregonians adjust to the reality of Covid-19, our work to protect Oregon’s environment continues. As pressures to rollback protections increase, this work is just as important as ever. We will not stop. Thank you for staying with us during these challenging times.