Portland, OR – May 23, 2016: What’s sooty, smells and causes more premature deaths in Oregon every year than car crashes? Diesel exhaust.

According to Dirt on Diesel, a new report released today from the Oregon Environmental Council, Oregon has a diesel problem. Each year diesel exhaust in Oregon causes up to 460 premature deaths, causes up to $274 million in climate damage within the state, and costs Oregonians as much as $3.5 billion in health harm and lost productivity.

The report arrives on the same day that Oregon legislators gather in Salem for a hearing on toxic air pollution.

“Even the most informed Oregonians may not know that when you cough and choke on diesel pollution, it’s not just irritating—it also can harm your heart, lungs, and brain and raise the risk of cancer,” says Oregon Environmental Council’s Health Outreach Director Jen Coleman, primary author of the report. “OEC’s Dirt on Diesel Report shows that Oregon has a lot to lose—in lives and in health costs—unless legislators take action now. Upgraded diesel engines can deliver $17 in health savings for every dollar we invest.”

The report comes at a time when attention to air quality issues is rising, with communities across the state mobilizing around action on toxic air pollution. The Dirt on Diesel report points legislators towards solutions that can address one of our most potent pollutants. Diesel exhaust contains cadmium, arsenic, formaldehyde and up to 40 other toxic substances.

“The solutions for our diesel woes are available today,” says Oregon Environmental Council Director of Market Innovation Colin Price. “Emissions control technology on new engines, as well as upgrades to old engines, can cut emissions by as much as 9o%.”

Over the past decade, Oregon’s neighboring states have made significant investments in upgrading diesel engines. Emissions testing, anti-idling, and stronger emissions standards have also protected public health from deadly exposures. Meanwhile, Oregon has cut funding to diesel cleanup programs and failed to meet cleanup goals set by the legislature.

Oregon Environmental Council (known for its success in helping pass both new standards for hazardous chemicals in children’s toys and a bill that will move Oregon off coal-powered electricity) has put diesel exhaust control high on the organization’s agenda.

Oregon Environmental Council safeguards what Oregonians love about Oregon—clean air and water, an unpolluted landscape and healthy food produced by local farmers. For more than 45 years we’ve been a champion for solutions to protect the health of every Oregonian and the place we call home. Find out more at oeconline.org. 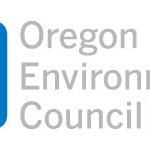 Most canned food is lined with BPA. Yes, even though the chemical has been linked to breast cancer, infertility, immune problems and more.  Even though it is showing up in people’s bodies. Even though BPA mimics estrogen, interfering with hormones. Even though exposure can have serious effects on the life-long health of infants. Even though we know the chemical can leach into food from can linings.
mcadmin

A primer on where lead comes from, health impacts, and who is working to solve these problems.
stacey